The Penguins solidified their Top Six yesterday, but in a very strange way. So to start this story they got Kapanen back from Toronto, and good for him, he goes from the bottom to the top of the lineup. But, the Penguins gave up a first rounder to get him. To start my deep dive into Eastern Pennsylvania insanity. They gave up Kap to get Phil Kessel, a move that got them two cups sure. This move ALSO two Penguins first round picks, kind of. Kap was drafted 22nd overall, then traded to get him back giving up the 15th overall pick in the 2020 draft, they also gave up their 2016 first round pick, which turned into future Top Six forward Sam Steel, who had a great first season for Anaheim, he would have been great on the Penguins Top Six. Imagine having Sam Steel, and Kap the past few years in Pittsburgh, I cant.

So lets just go over the Penguins first round blunders and trades, and why their prospect pipeline is looking drier than Ben Shapiro’s love life. Since 2010 the Penguins have only had six first round draft picks, only one of these drafts had multiple first rounders for the Penguins. These picks were Beau Bennett (2010, plays in Arizona, Joe Morrow (2011, Free Agent), Derrick Pouliot (2012, plays in St. Louis), Olli Maatta (2012, plays in Chicago), Kap (2014, back in Pittsburgh after giving up 15th overall pick), and Samuel Poulin (2019, currently in QMJHL, could be a solid Dman). So out of the six only two are on the Penguins in some fashion, one was traded back to them. So who was picked with the Penguins 2013, 2015, 2016, 2017, and 2018 draft? Good news, I have no life and I will tell you.

The Penguins 2013 pick was used by the Calgary Flames after a trade that sent Jarome Iginla to Pittsburgh, they selected Morgan Klimchuk 28th overall. So far he has been a career AHLer, recently putting up 26 points in 49 games. That would have been nice in Wilkes Barre.

The Penguins 2015 pick, and this one hurts, was used by the New York Islanders to select MATTHEW BARZAL, with the 16th overall pick. The Penguins traded this pick to Edmonton for David Perron, that also sent Rob Klinkhammer to Edmonton. I don’t want to write about this one anymore.

The Penguins 2016 pick was used to select Sam Steel, like I previously talked about. The pick was sent to Toronto, who flipped it to Anaheim, who picked Sam Steel. Just another solid forward who would have been great in black and yellow.

The Penguins 2017 pick was used by St. Louis to select Klim Kostin. The kicker on this is that the Penguins also traded away Oskar Sundqvist in this trade. Word is still out on this pick has he has only played four NHL games. He has had three really good years for the San Antonio Rampage with 82 points in 181 games. Pretty solid stats for a late first rounder.

The Penguins 2018 first round pick may or may not have accelerated the Rangers rebuild. This pick, which was 22nd overall, was originally in the hands of the Ottawa Senators, but the Rangers gave up the 26th and 48th overall picks to get the Penguins pick. This pick turned into K’Andre Miller, a six foot five defensemen, in a great draft by the New York Rangers. He’s represented USA twice, getting two silver medals, and is currently playing for the University of Wisconsin in the Big Ten Conference. Hes put up 42 points in 62 games in the NCAA, which is exactly what you want for a first rounder in the NHL, he also is on his ELC, avoiding the weird NCAA drafted players rule. 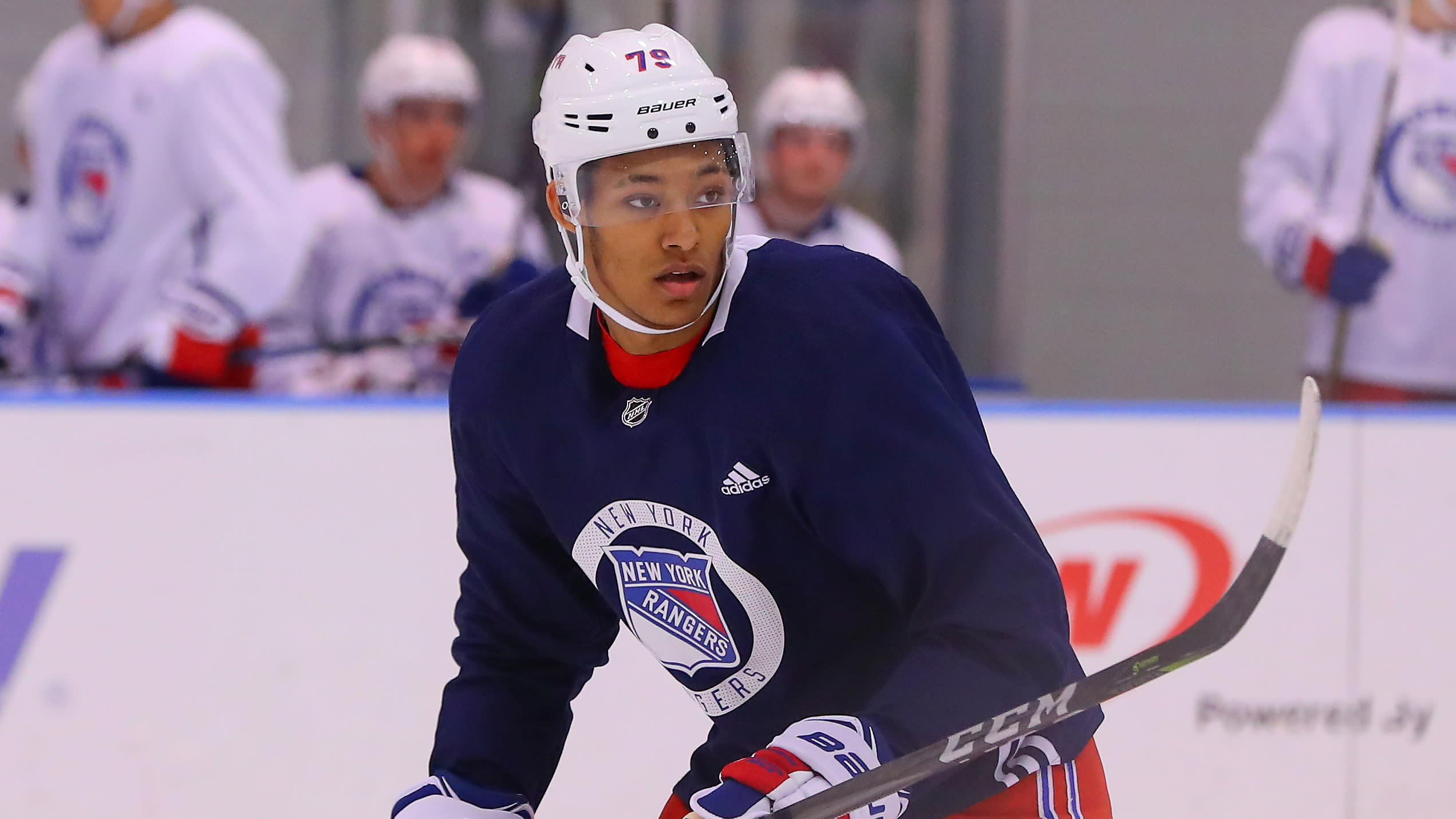 Now to add salt to the wound. The Penguins will not have their 2020 first round pick, which is 15th overall, dead in the middle of the draft. The Maple Leafs can use this pick to get that elite defensemen they need, or trade it away for one. The draftsite.com 2020 NHL mock draft has Toronto picking Kaiden Guhle 15th overall, a 6’2′ left handed defensemen playing for the Prince Albert Raiders.

Looking WAY into the future the Penguins are without a first round pick as well in the 2021 draft. Now this is all extremely speculative, anything can happen. But the same website has Minnesota using that pick, 18th overall to select defensemen Corson Ceulemans, a 6’1″ D right handed shot, playing for the Brooks Bandits playing in the Alberta Junior Hockey League.

I guess you won two Stanely Cups so it was worth it, but like, I think some of these players would have easily brought you a cup.