Ranger Suarez has been one of the pleasant surprises of an enigmatic Phillies team this year. After a disastrous 2020 (note: Ranger only pitched in 3 Major League games last year after starting the 60-game season on the COVID list), Ranger started this season down at Lehigh Valley and worked his way back to the show.

The Venezuelan hurler has been nothing short of amazing this season, pitching to a 1.47 ERA in 31 appearances (4 starts). After a fairly strong 2019 out of the pen, the hope was that last year Ranger would compete for a starting spot and help round out a rotation already consisting of Nola, Wheeler, and Eflin. As the 20.25 ERA in 2020 shows, that didn’t happen. But Ranger has proved himself to be an MLB pitcher (and a good one at that) which now begs the question: where does he fit into the future of the Phillies staff?

"When we get into the postseason, he's gonna be a big, big player for us"

After a tough loss to the D-Backs last night (Ranger’s line: 4 2/3 IP, 8 H, 3 ER, 4 BB, 2 K), I started thinking about where Ranger fits in long-term. He obviously has a spot on the staff and has proved he is one of the leaders of the staff as a guy who will step into any role and compete. But where do we see Ranger at his best?

In his 4 starts this season, Ranger has gone an average of 3.7 IP and has yet to factor into a decision. Last night was the first time the Phils lost a game he started, but overall the advanced statistics above show a fairly average MLB pitcher.

When examining Ranger’s relief splits, we see a guy who is much more effective (yet slightly inconsistent). Ranger has had a ton of success out of the pen this year in some extremely important situations.

For years the Phillies have struggled with a (more than) sub-par bullpen and have seemingly tried 100’s of pitchers the past few years in hoping a few would develop into pieces that could help the team in the future. In reality, almost none of those pitchers have become anything more than a flash in the pan (hoping Seranthony comes back strong and becomes our high-leverage guy).

Ranger is the exception. In my opinion, Ranger should become the Phillies long-relief man of the future. With better splits as a reliever and the perfect stamina to give the Phillies 3-4 innings on any given night, Ranger has the ideal skillset to become that guy the Phils have been searching for out of the pen.

Instead of trying to convert Ranger into a starter, I’d rather go out and sign a veteran free agent or hope that we can call up a prospect to fill out the rotation (next year). The bullpen is far too important to continue to hope and pray that someone steps up. We have our guy. And his name is Ranger. And he’s a freaking bad ass. 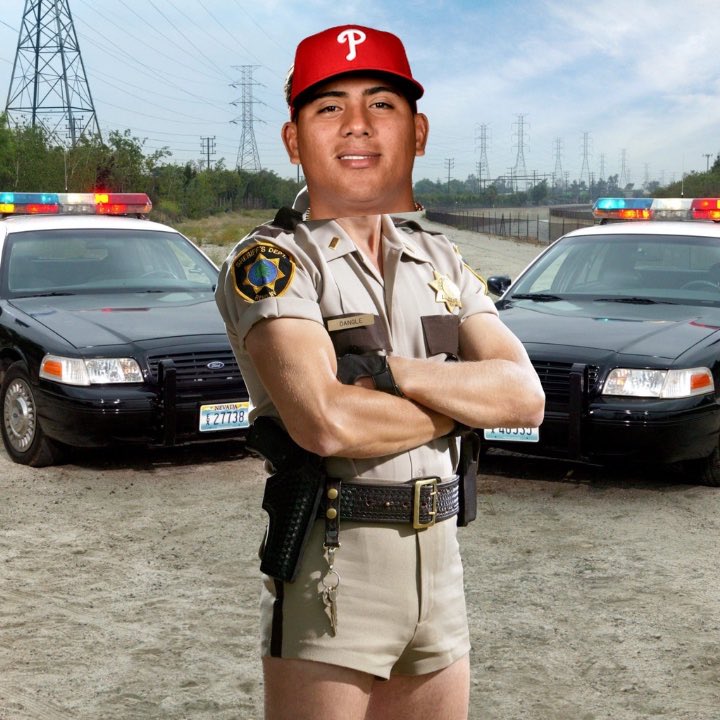 Thu Aug 19 , 2021
If you're not trying to prank your head coach while mic'd up, you're doing it wrong.@BoobieMilesXXIV | #EaglesCamp pic.twitter.com/uZMXPaCiXQ — […]