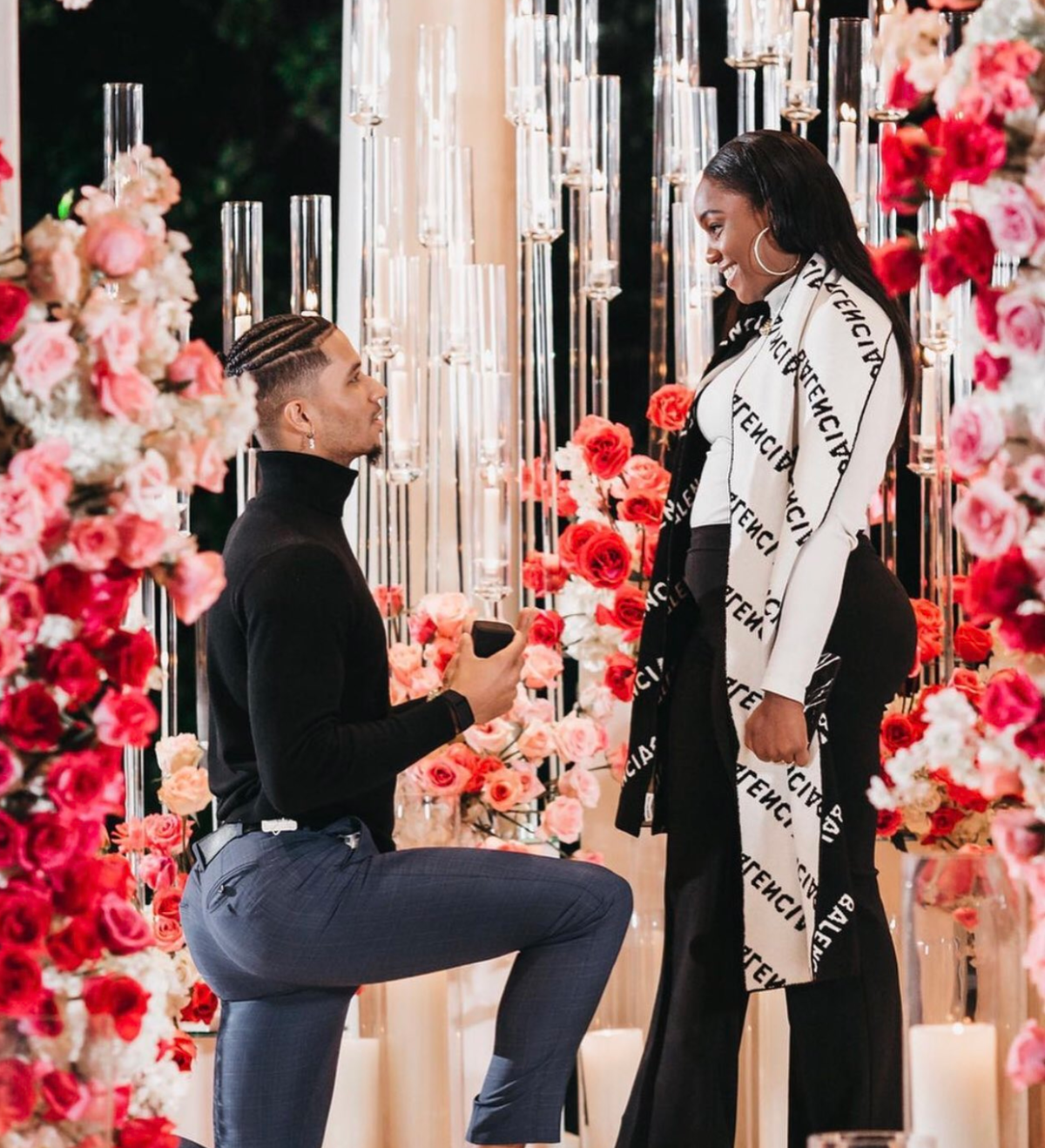 Congratulations are in order for Josh Hart and his now fiancee, as well as everyone else on my Instagram for getting engaged over the holiday season. To me, getting engaged during the holidays is a catastrophic idea. When you inevitably split it after years of falling out of love, letting yourself go and fighting about laundry, the holidays will be ruined forever.

Nonetheless, you want that day to be the most special, memorable day of her life.

Josh went all out on the flowers, candles, location, and a professional camera crew to capture the whole event. The one element that seems like an unspoken rule is don’t make your dump truck ass the center of attention on a day that’s supposed to be about her. No one is trying to see the ring in these photos, because we simply cannot help but stare at how good Josh Hart’s ass looks in those pants.

It’s not even in an overly sexual manner, when you see something that effortlessly perfect it’s hard to ignore. It’s like those oddly satisfying videos of people cutting soap. Or maybe like Stonehenge. An iconic landmark that draws tourists. This is the real life version of Tom Cruise’s body double’s ass.

Josh deserved a redemption story, after his previous most memorable photographic moment was eating LeBron’s dick and then getting slapped by Rihanna’s metaphorical one.

Tue Dec 29 , 2020
Not a great way to start your Tuesday morning if you’re a Blackhawks fan…Star center and Captain of the franchise […]