So unless you are an Arizona Coyotes fan, Tuscon Roadrunners fan, or a REAL Eagles fan (that being the one in Colorado). You have probably never heard of Hunter Miska, and I feel horribly sorry for you. Hunter Miska is a 24 year old goalie from Stacy Minnesota, with a name like that I was thinking Europe as well.

Hunter played high school hockey for North Branch High before joining the United States Developmental Team. During this time he also played for the U17 Juniors Team. He did win silver playing for the USA U17 team.

After an appernece on the U18 team for the USA, he joined the Penticton Vees of the British Columbia Hockey League. The same team that Philadelphia Flyers prospect Jay O’Brien plays for. Over two seasons he played 100 games for the Vees with a 3.27 GAA with about a .925 S%. He then went on to play a season for the Dubuque Fighting Saints of the USHL, and then went on to play one season for Minnesota-Duluth.

He was not offered a contract from the Coyotes, let alone any NHL team. He then signed a one year AHL contract with the Colorado Eagles. During his first season in Loveland he played 22 games for a 2.62 GAA and a .919 S%. He also played for the ECHL affiliate of the Eagles in Utah, playing 3 games with a 1.62 GAA and a .919 S%. 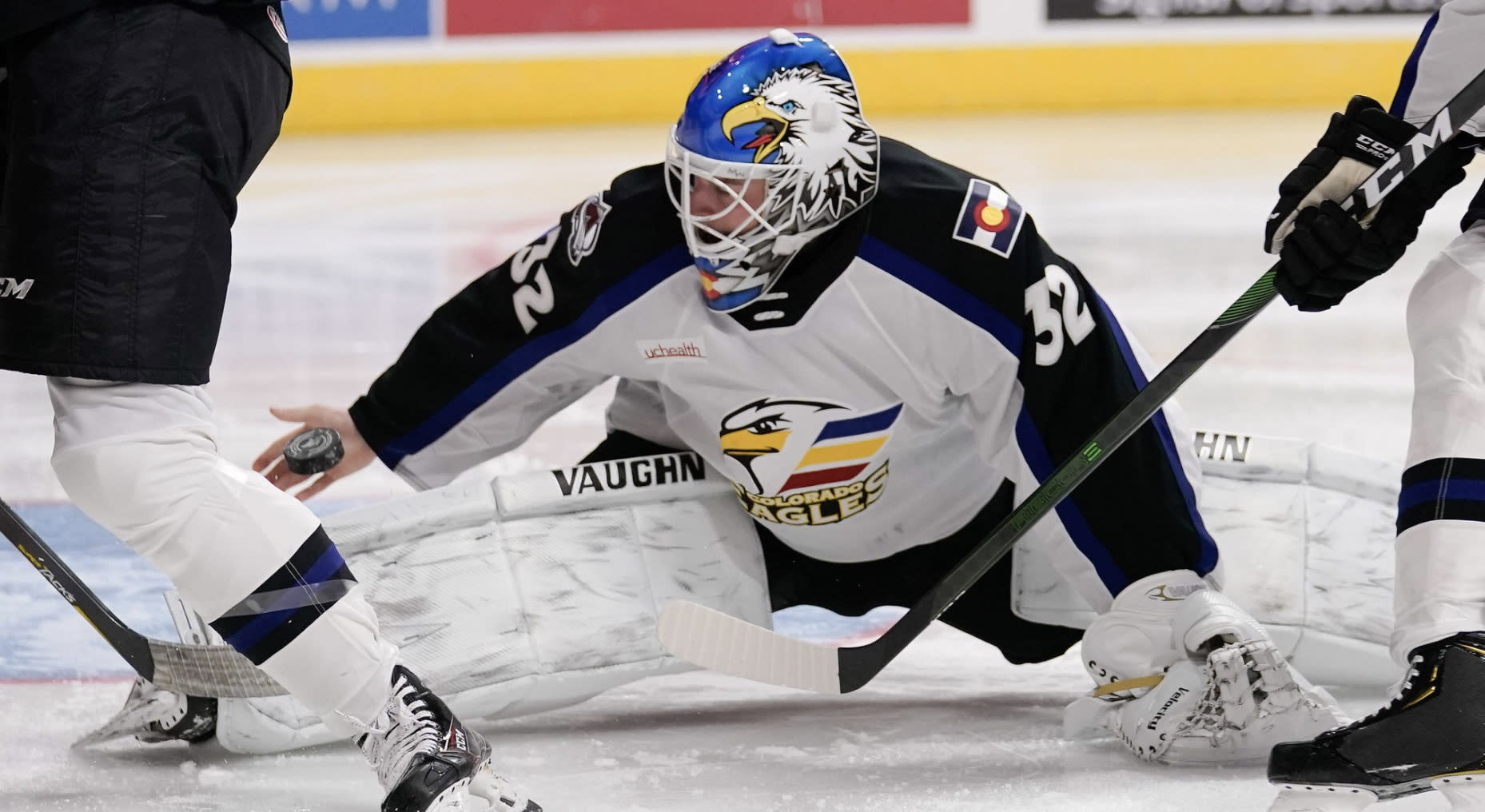 Then the best news we could possibly ask for. The Colorado Avalanche signed Miska to a one year contract at the NHL level, and he is currently with the team in Denver. He was at the outdoor game in Colorado Springs, which is rumored to be the site of a future AHL or ECHL team.

The reason this story is so important is because of a Facebook group I belong to. You may or may not know that before the Eagles were in the AHL, they were back to back Kelly Cup Champions in the ECHL, ever holding the trophy hostage after they moved up a league. The Eagles are blessed to have a die hard fan base in Colorado. Shout out to the 4,000 strong Facebook page Colorado Eagles Fanatics, of which I am a proud member to give me a heads up on how special Hunter Miska is! Keep up the good work guys, and looking forward to Hunter take up his spot between the pipes in Denver soon.